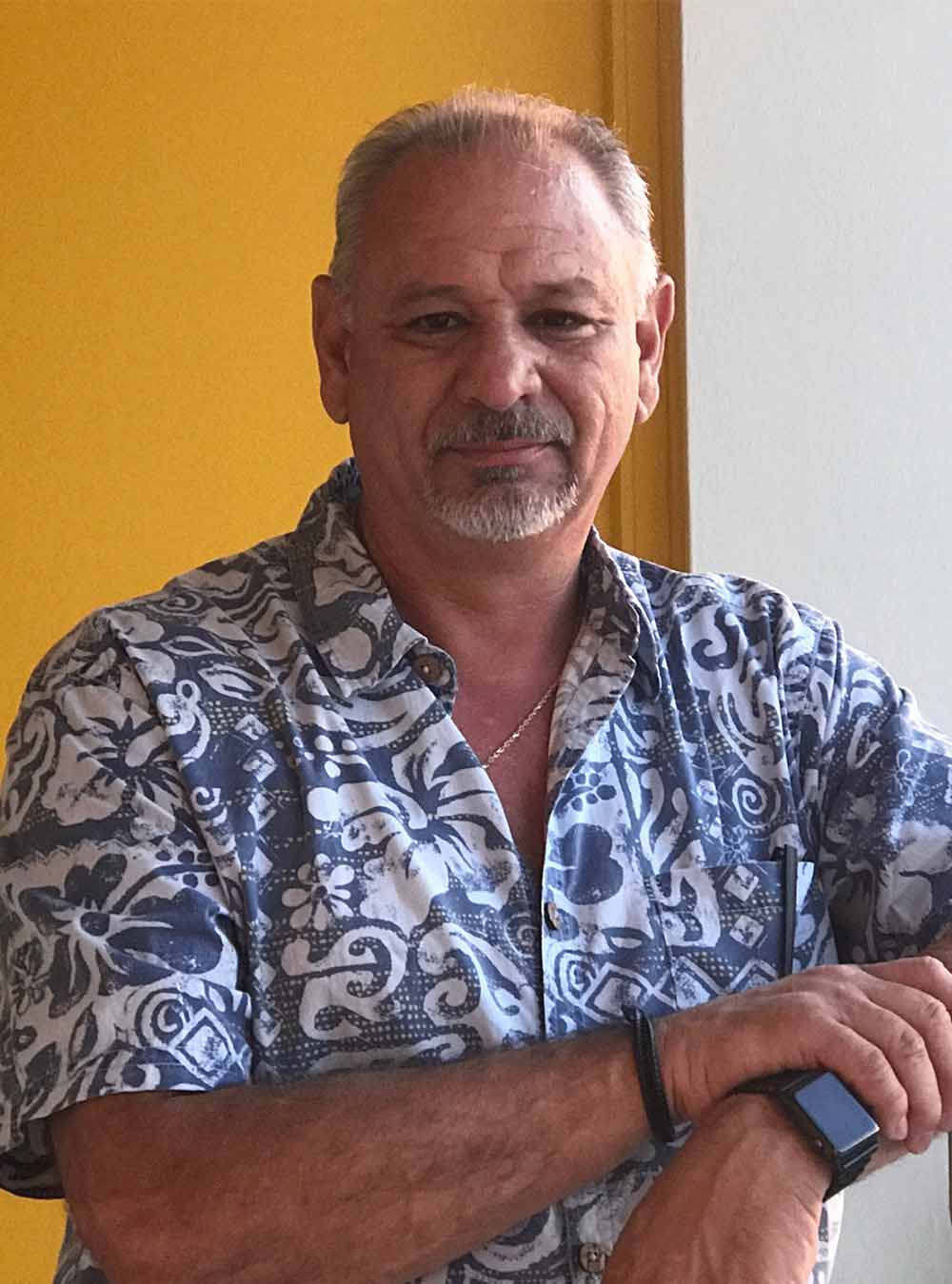 Born and raised in Chicago, George practically grew up on a roof. His grandfather and father each owned companies in this industry, making him a third-generation roofing business owner. He’s committed to the strength and love of family, and he runs his business with those values in mind.

George started at his father’s company by carrying hot tar, bricklaying, and being a laborer. A natural leader, he quickly became a project manager who wasn’t afraid to get his hands dirty. In 1985, he established GNJ Roofing & Construction.

After 25 years, he decided it was time for a change. He headed down to the Sunshine State and renamed his company Complete Roofing Solutions. The warm weather and beautiful beaches quickly convinced him this was the right choice! George combines his proven skills and old-school approach with modern-day techniques.

He is the proud father of two sons and has been happily married to his wife for over 32 years.  Whether at work or at home, he’s always surrounded by his loved ones.

His son Joseph is now his Operations Manager, and his wife Christine keeps everyone in line as CRS’s Operations Analyst.  His youngest son Michael is in college, studying to jump into the world of corporate business. And, of course, we can’t forget about his dog, Quinn. Fur family counts too!

When George is not on a roof, he is probably cruising through the Keys.  He is an avid boater who loves attending concerts with his high school sweetheart.   He is planning on retiring one day and is ready to watch his sons carry on his legacy into a fourth generation. 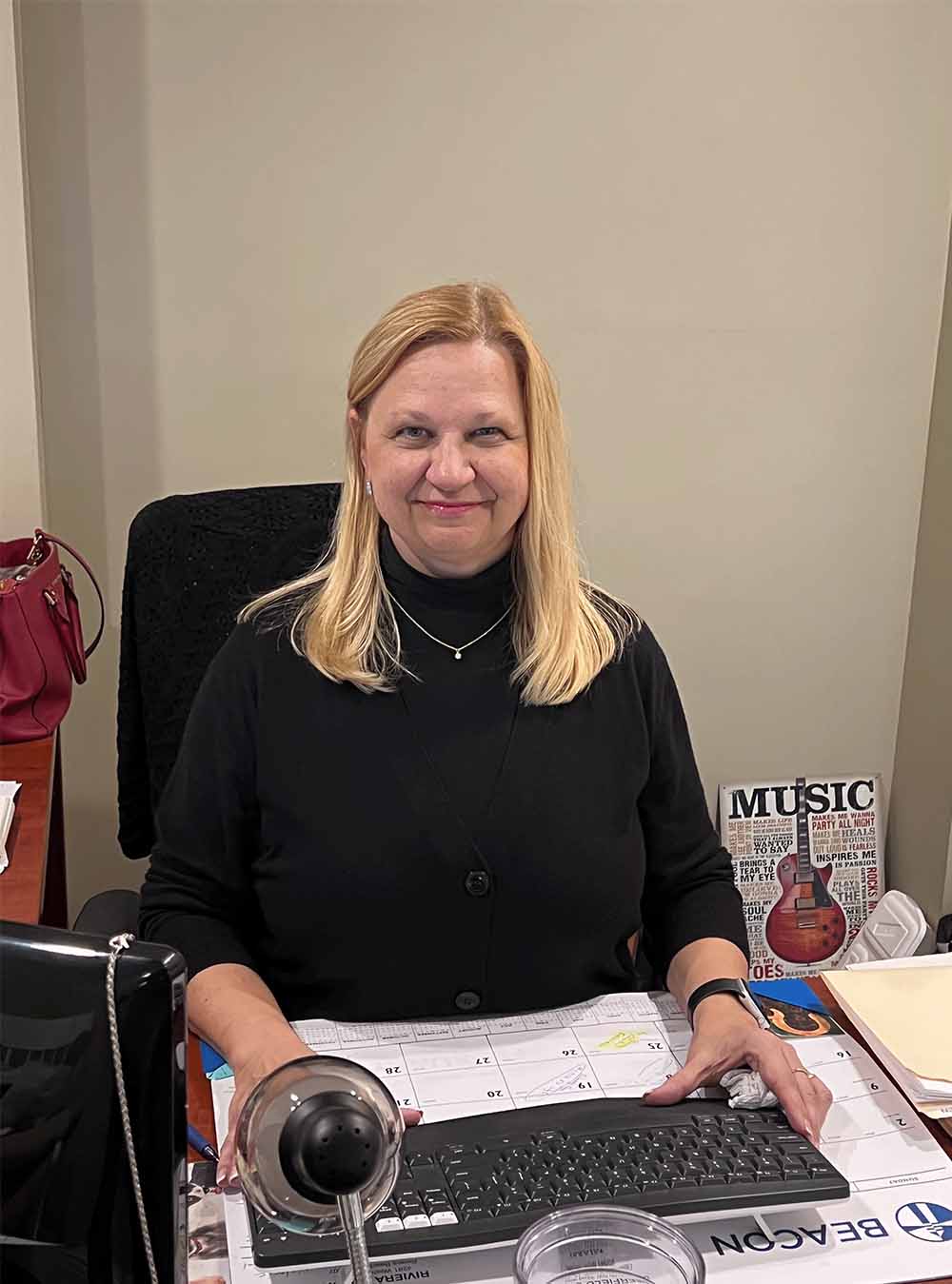 Born and raised in Chicago, Illinois, Christine is the first American born from a tight-knit Polish family. Her parents were extremely hard-working and family-oriented, instilling these values in her and ensuring she would carry them with her in future endeavors.

After graduating from Depaul University, she became a prominent credit analyst. When her husband George decided to leave the snow for the Florida sun, she encouraged him to pursue his dream and held his hand every step of the way.  She is now the Operations Analyst for CRS and is passionate about ensuring the family legacy continues.  With her array of talents, she has been instrumental in the company's growth. She is a proud member of the National Women in Roofing organization.

The dynamic husband-and-wife team has paved the way for their two amazing sons.  Christine is blessed to work alongside her firstborn son Joseph and has watched him develop into a successful young businessman.  Her younger son Michael will complete his Bachelor of Business Management and wants to continue his education for a master’s. All her hard work and dedication has paid off, and she could not be prouder.  She also has another family member she adores, her rescue dog Quinn.

Outside of work, Christine is the life of the party and loves being surrounded by her friends and family.  Whether she is boating or RV camping, you can guarantee there will be great music, delicious food, and lots of laughter.  Her passion and giving nature embrace all those around her.  Christine is looking forward to retiring, traveling to new destinations, and more importantly watching the next generation thrive with her husband. 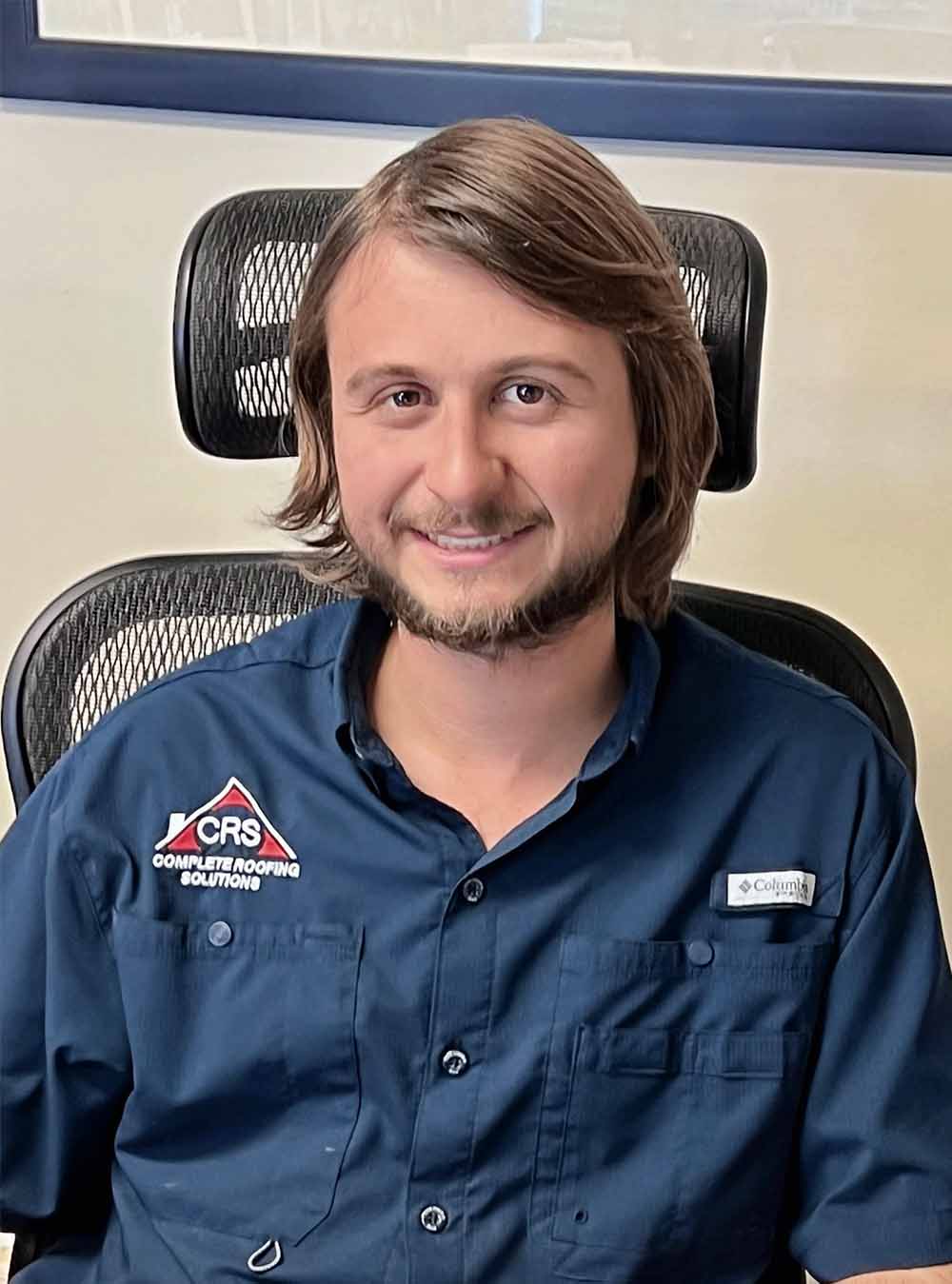 Born in Niles, Illinois, Joseph moved with the family to Florida when he was just ten years old.  He adapted quickly, excelling in school.  After graduating, it didn't take long for him to jump onto a roof and join the family business. He has worked side by side with George for over six years.

He started as a laborer, which helped him learn the ropes and gain a deep appreciation for the business.  Once his father ensured he was an expert roofer, he became the Operations Manager for Complete Roofing Solutions.

He is his father's right-hand man and an amazing asset to the family business. His natural ability to relate to people has allowed him to become a remarkable salesman who is leading the company into the next generation.  He prefers to be in the field and is always willing to jump in to help when needed.

Joseph recently purchased a beautiful home in Port St. Lucie and has one fur baby named Mocha.  When she is not at the office with him, she is next to him on the boat.  Joseph, like his father, loves boating and off-road 4-wheeling.  He shares his parents' passion for music and loves country music.

Joseph is the first of a fourth generation in the Jacobazzi family business, and he intends to preserve the family's legacy. Through his ambition and hard work, his goal is to continue growing CRS and set the path for many generations to come.

Thank you! Your submission has been received!
Oops! Something went wrong while submitting the form.